Dominique Pétrin is a visual artist living and working in Montreal, Canada. She has been working primarily with silkscreen printing for over 20 years. A former member of the petrochemical rock band Les Georges Leningrad from 2000-2007, she also collaborated with renowned artists such as Sophie Calle, Pil and GaliaKollectiv (London) and choreographers Antonija Livingstone (Berlin), StephenThompson (Paris) and Jennifer Lacey (Paris) in Culture, Administration & Trembling performance, and recently collaborated with the artist Banksy for TheWalled Off Hotel in Palestine. She was nominated for the Louis Comtois Award in 2017, and was a finalist for the Sobey Award in 2014. Her work has been shown throughout Canada; France, the United States, Belgium and the United Kingdom. 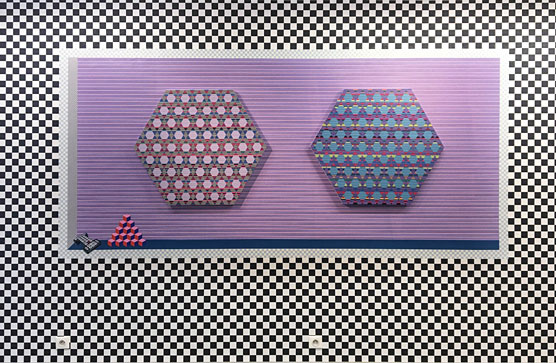 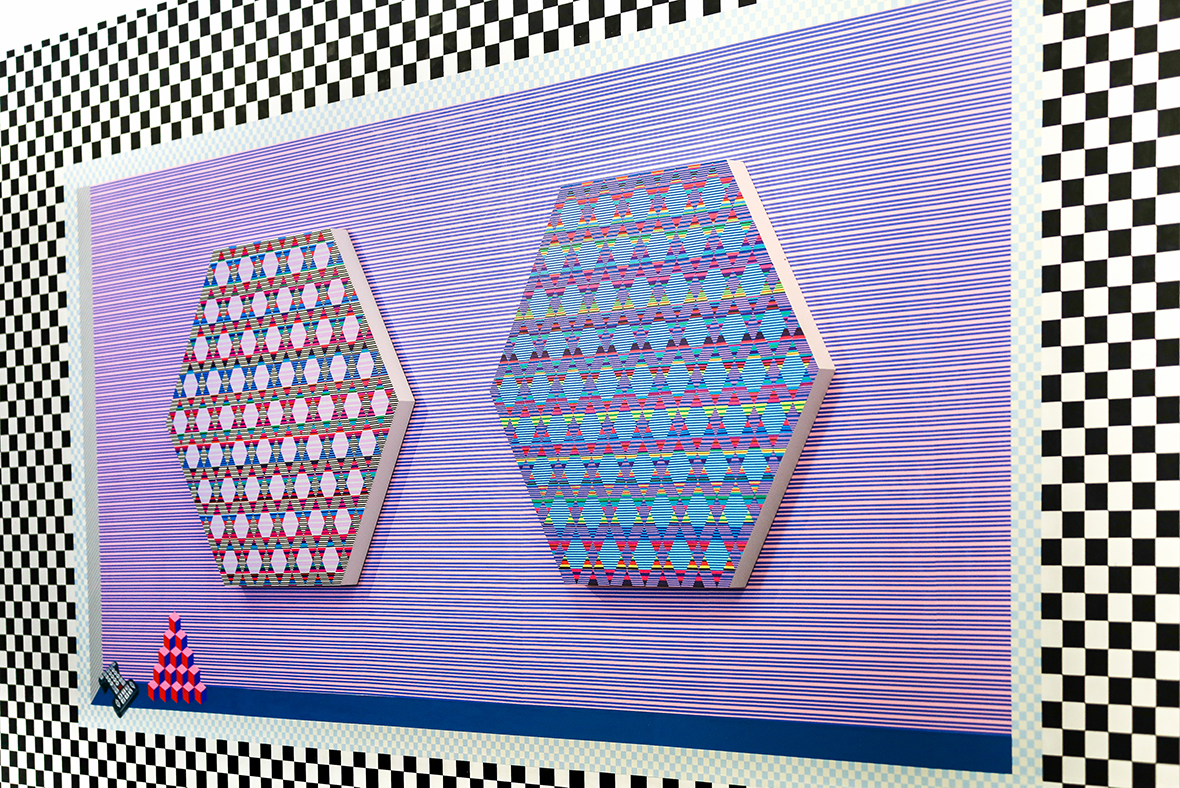 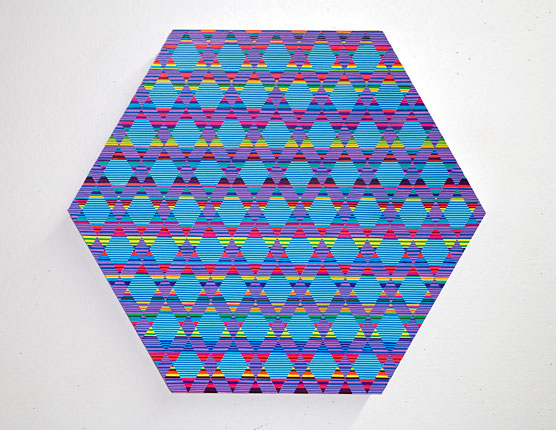 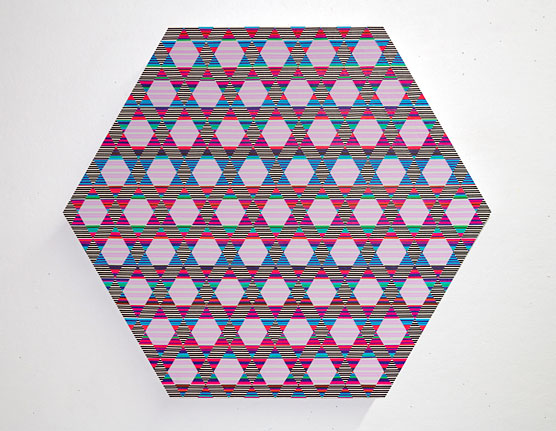 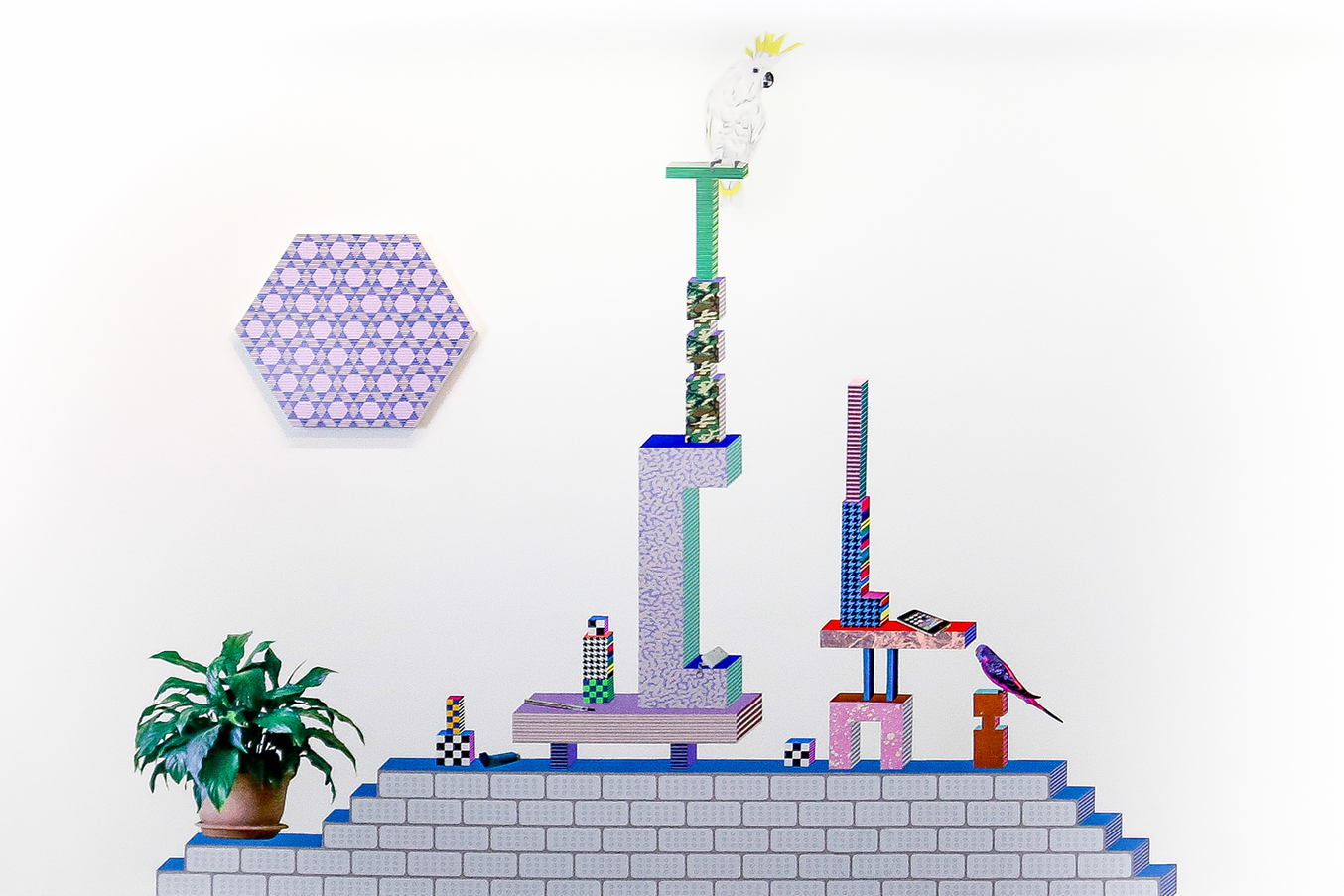 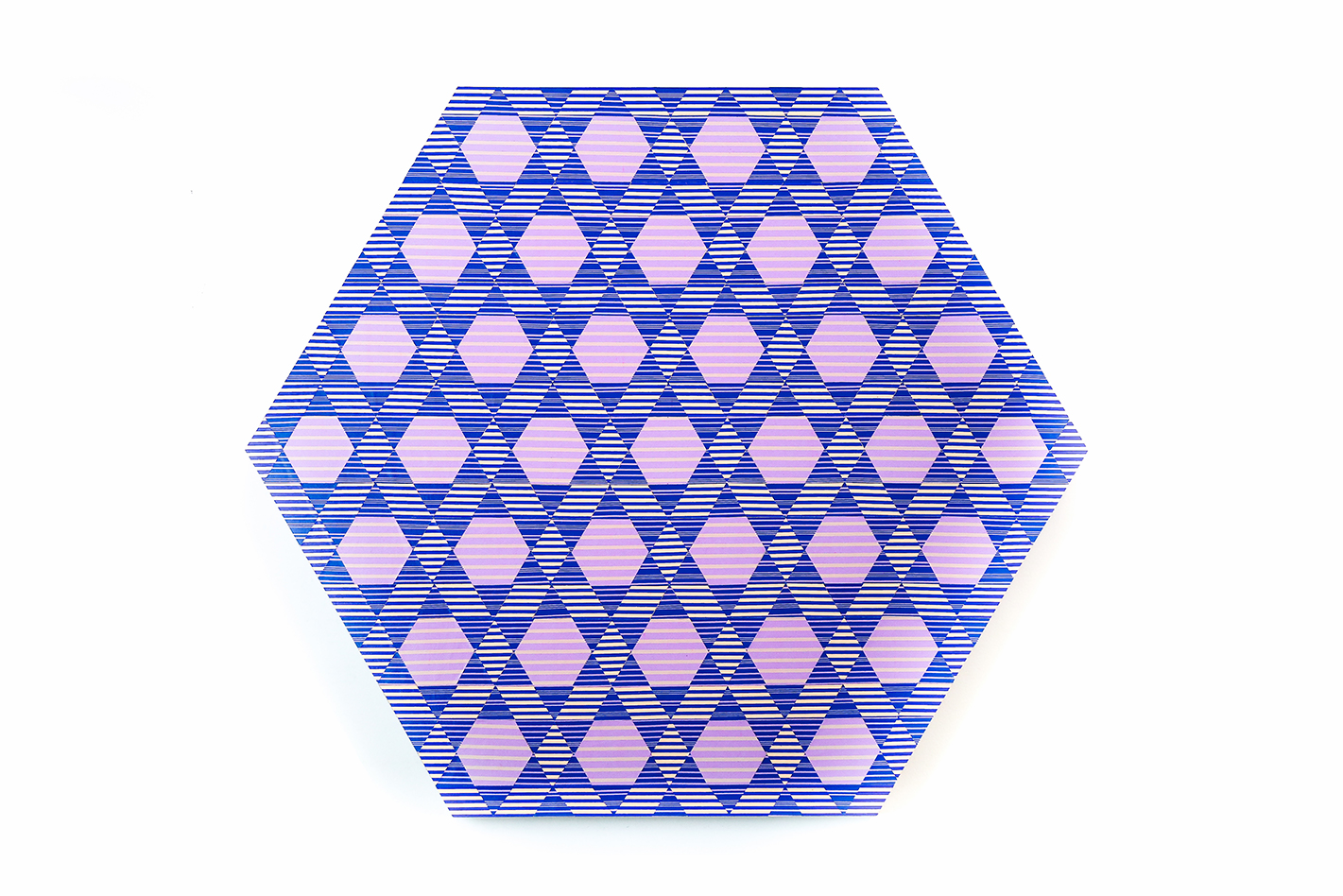 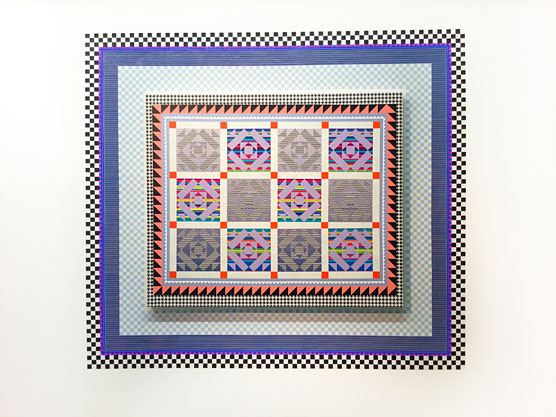 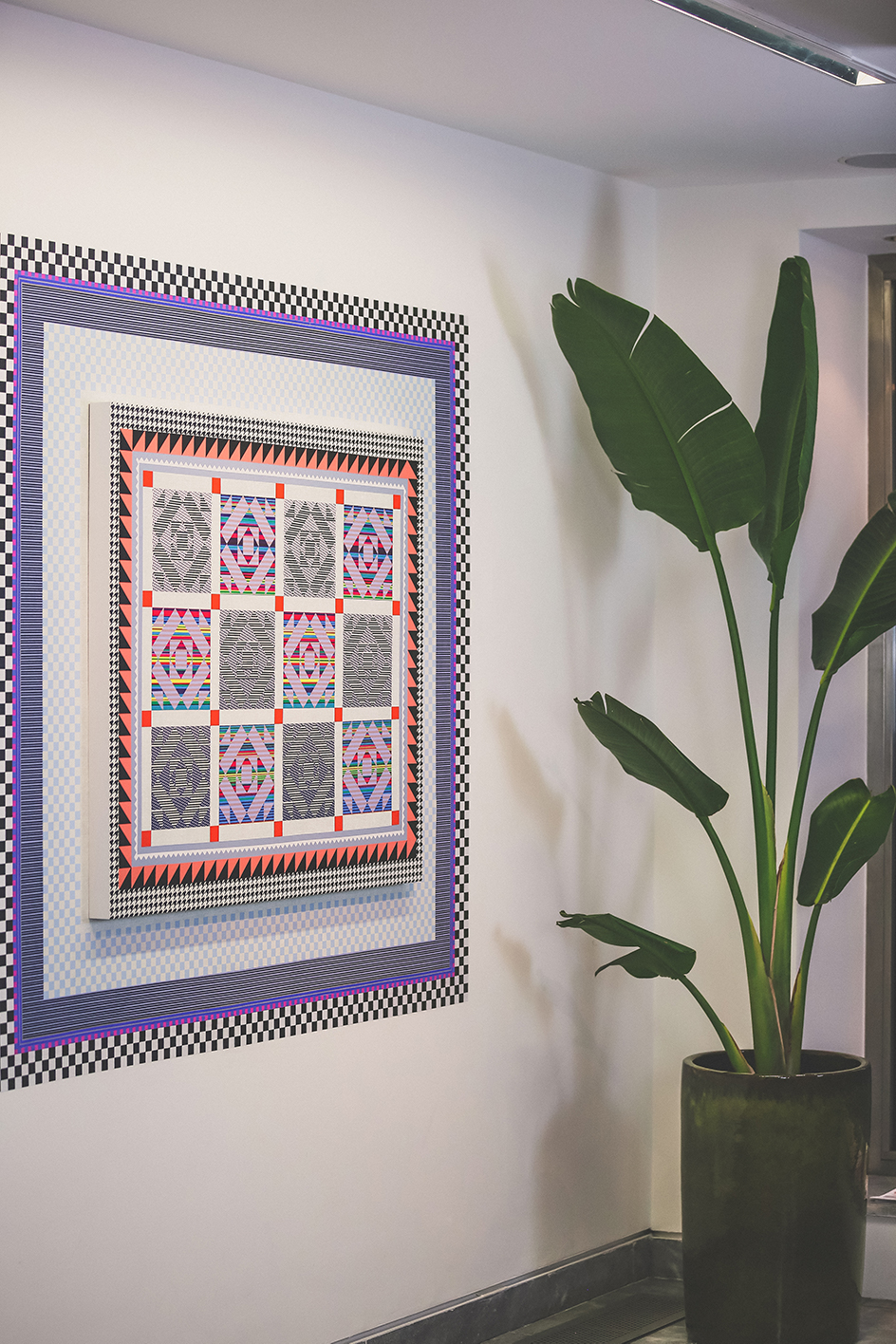 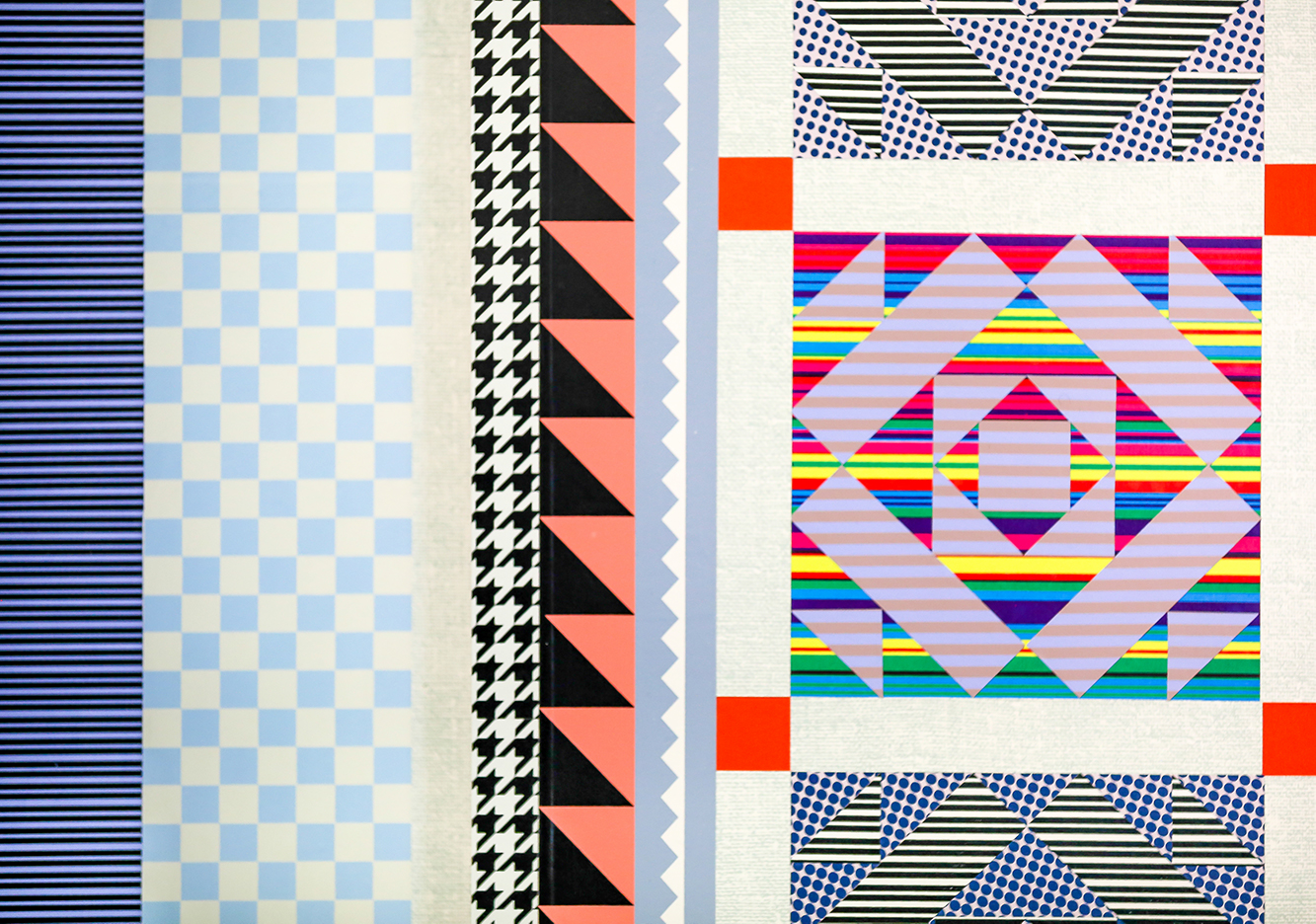 Detail
Collage board of screen-printed paper on wood
2019 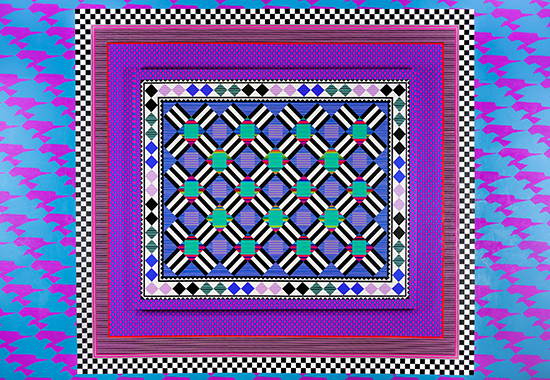 A screensaver for the end of time 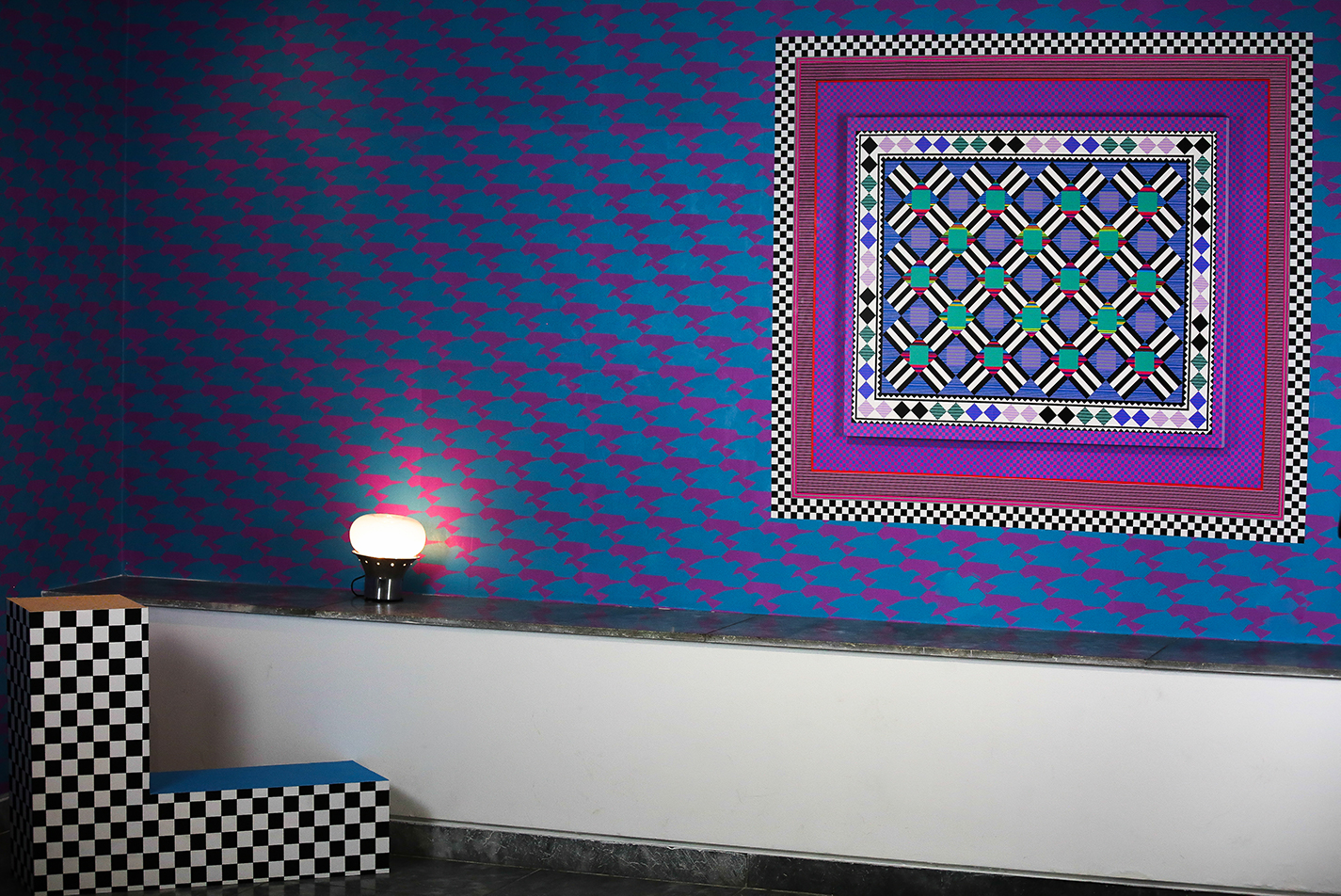 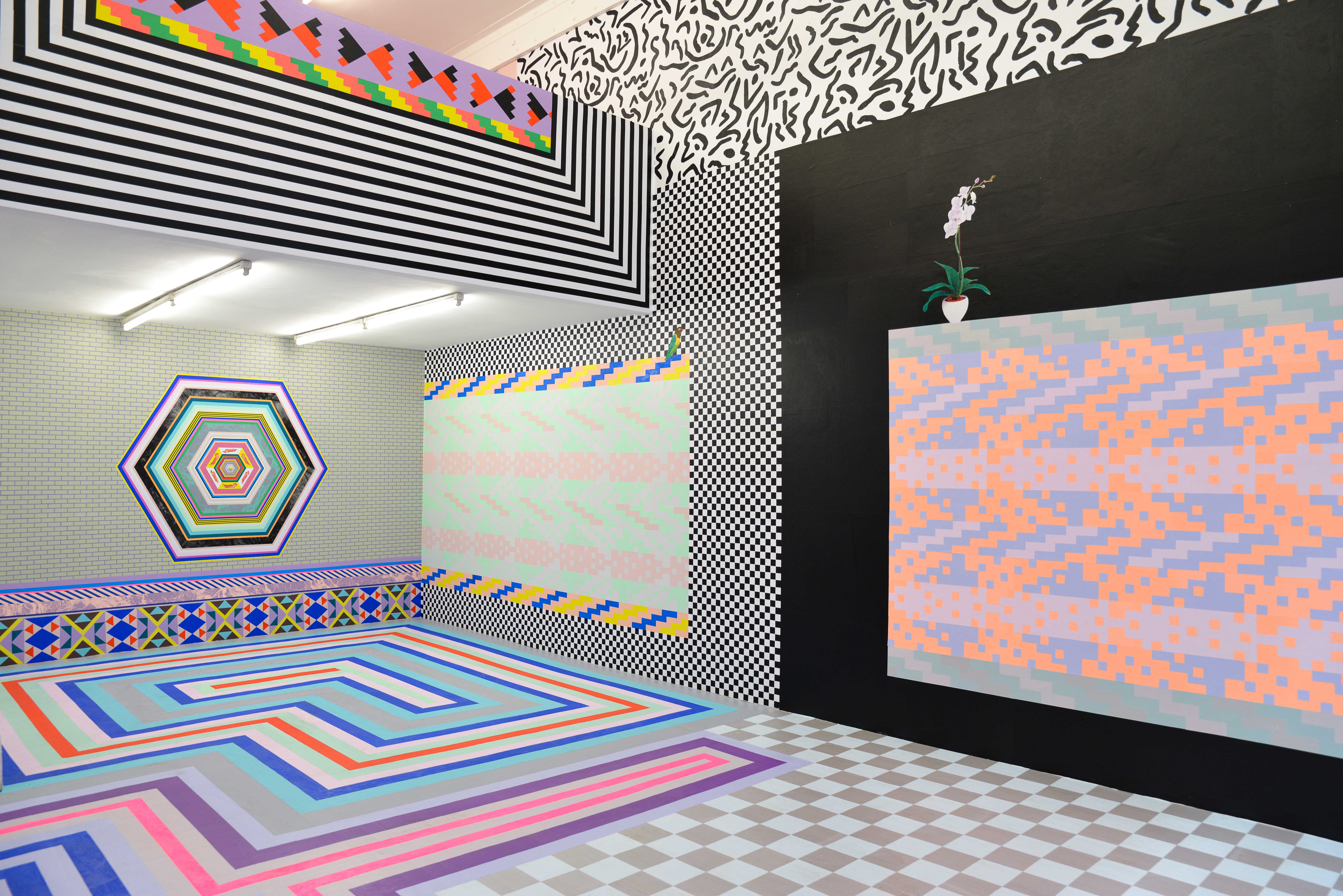 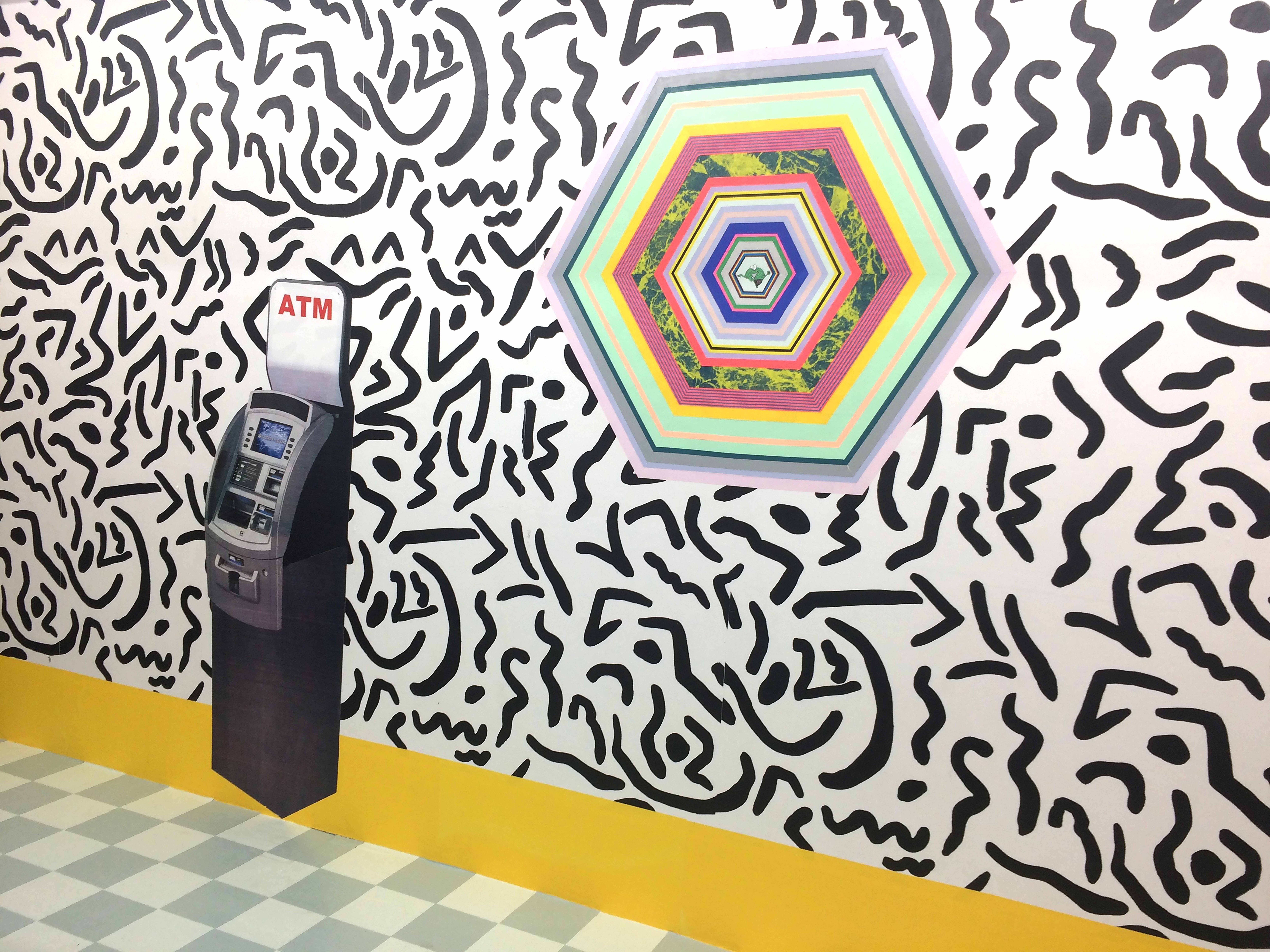 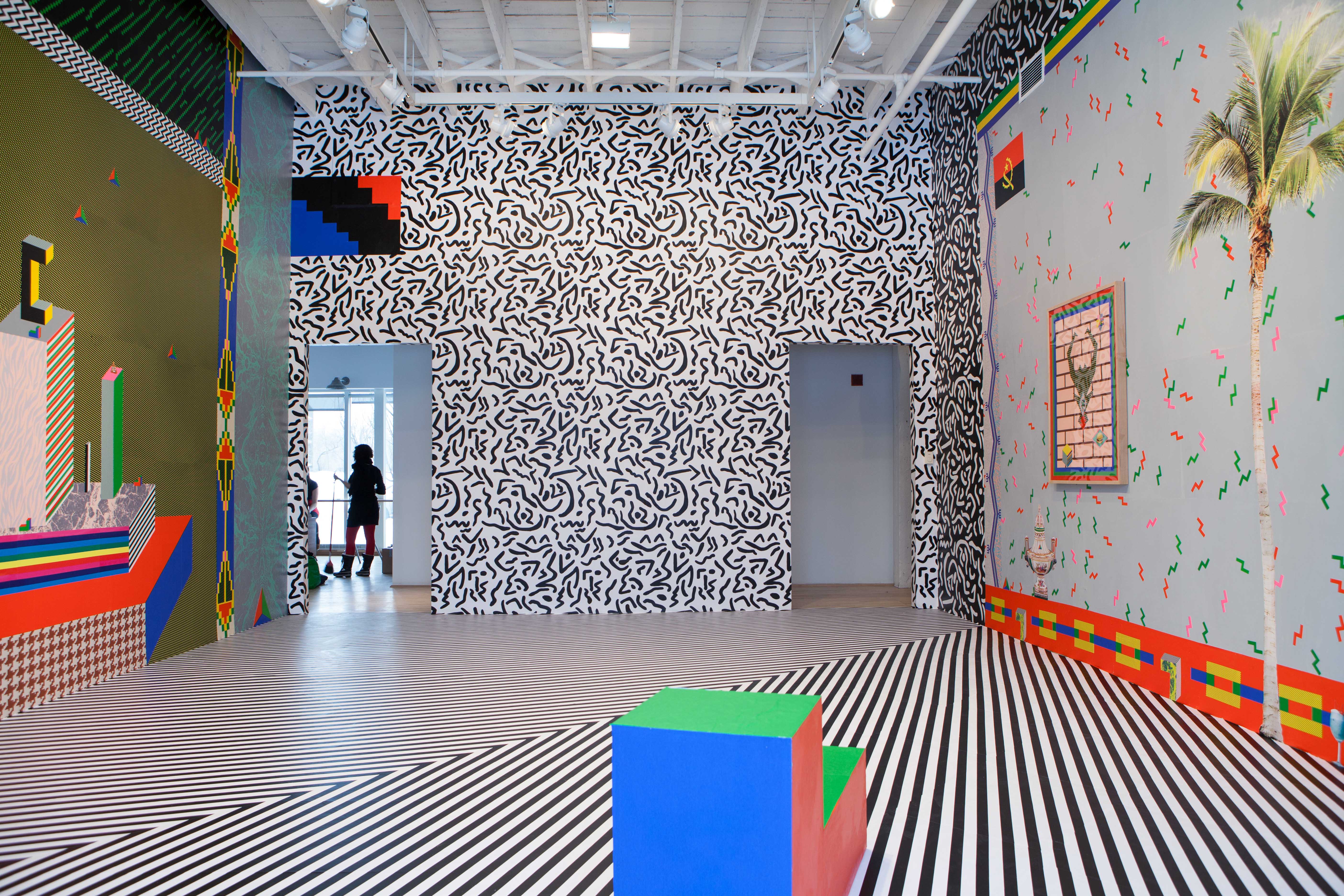 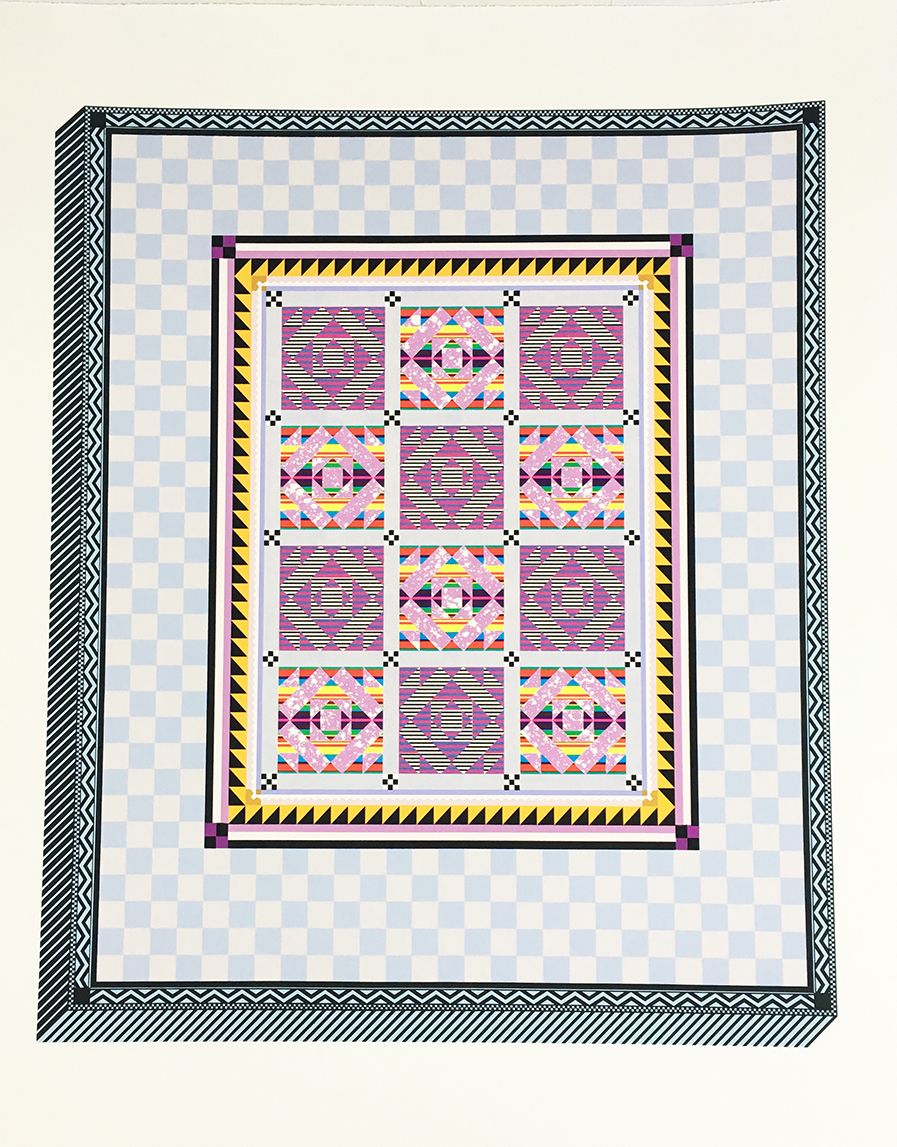 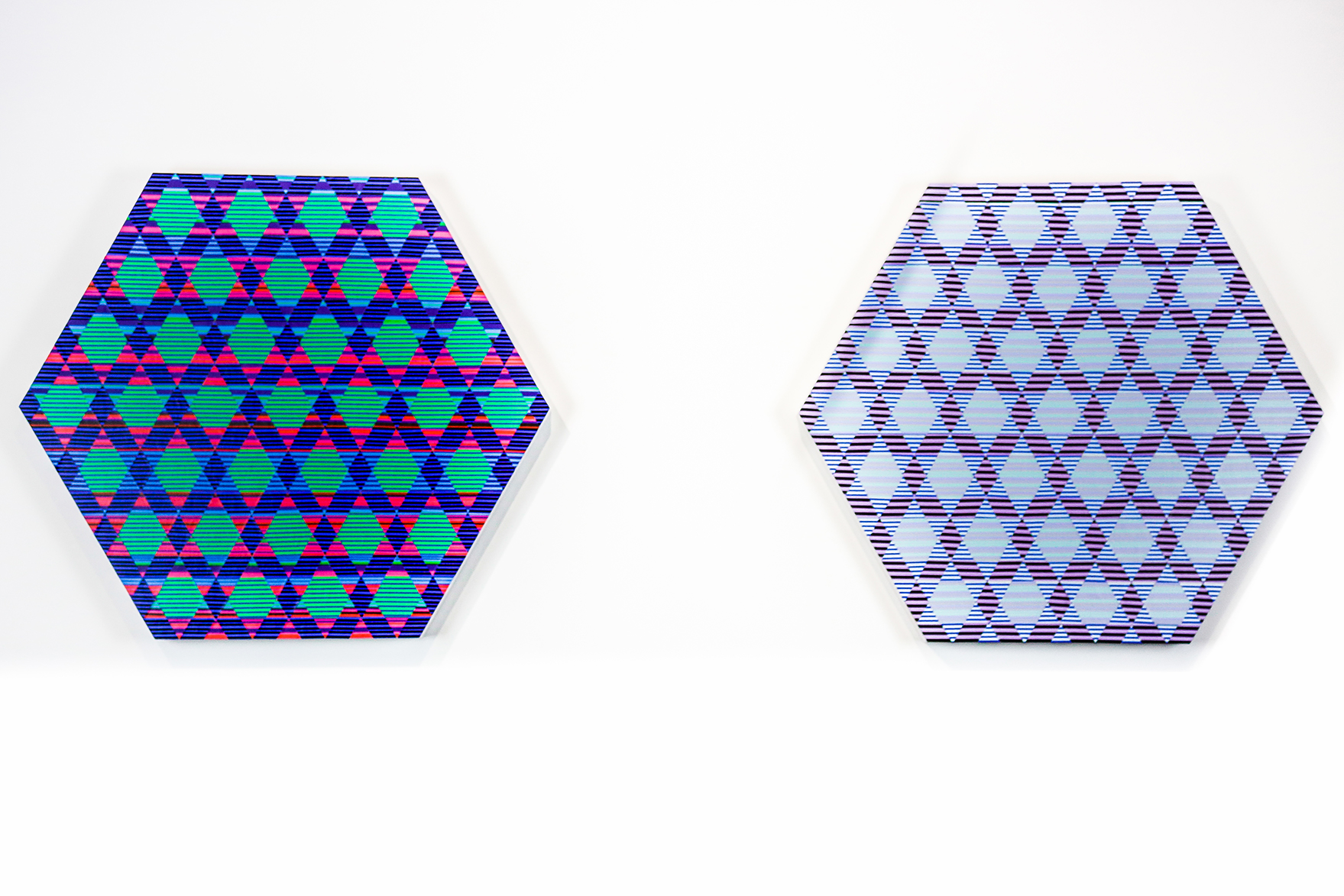 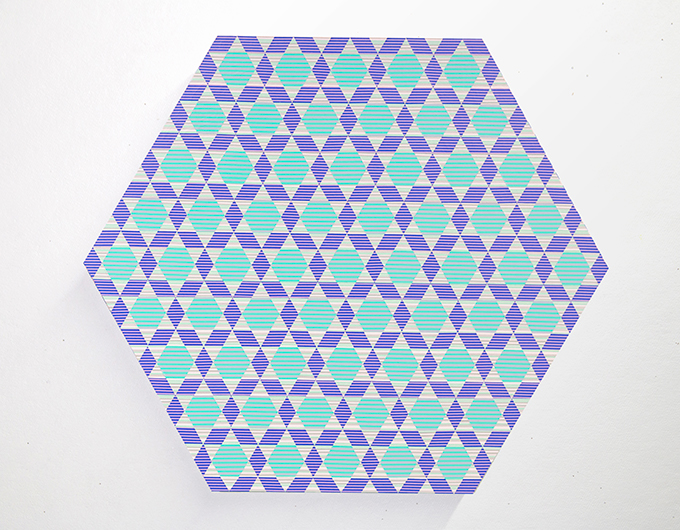