In this exhibition, Valérie Hasson-Benillouche wishes to open the refection on digital art, by questioning the notions of «palpability» in various artistic forms and practices. What is the link between the work of Ron Aloni and the work of Antoine Schmitt? Metal weaving as «vectors» connected by nodes? Algorithmic equations or a series of «numbers» ? Aren’t these «vectors» composed of points and equations ?

By this correlative conception, we could imagine that one is the continuity of the other... from the material vision to the e-materiality of artistic creation. Figures, colours, forms and movements through sculptures or generative works. The visual reality of these works is presented through the wire and the algorithmic writing, brings us to re-think the relation between matter and e-matter. As an open door to e-space where lightness and oxygen would give meaning to the notion of the airy, the infinite... Antoine Schmitt’s pixels create a movement, a ripple, a rhythm through generative art-works. Beginning with artistic thought the artist use new-technologies tools to lead the spectator to an infinite possibilities of personal interpretations. Ron Aloni’s metal segments punctuated with weaving until forming an endless knots.

The relationship between form and E-matter, between emptiness and fullness, between silence and undulation, gives birth to a work that intertwines an ancestral process and the technology of tomorrow. Doesn’t this notion of time represent the strength of all forms of creativity, of infinity? 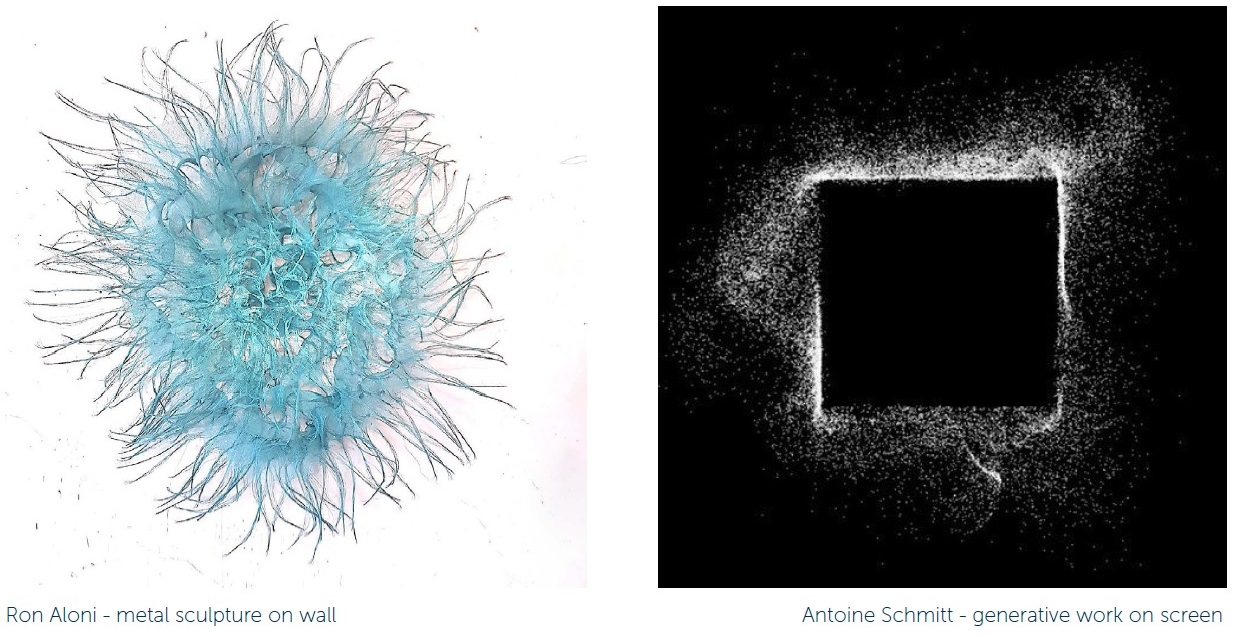 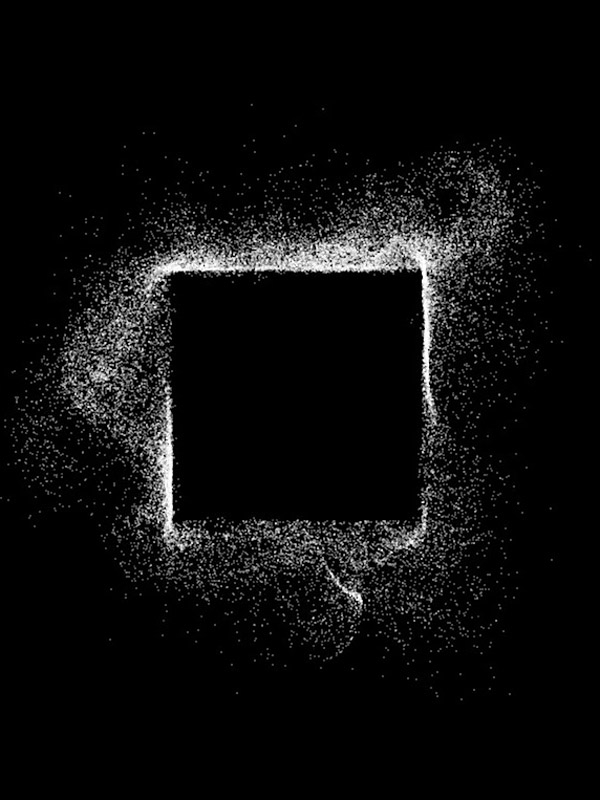 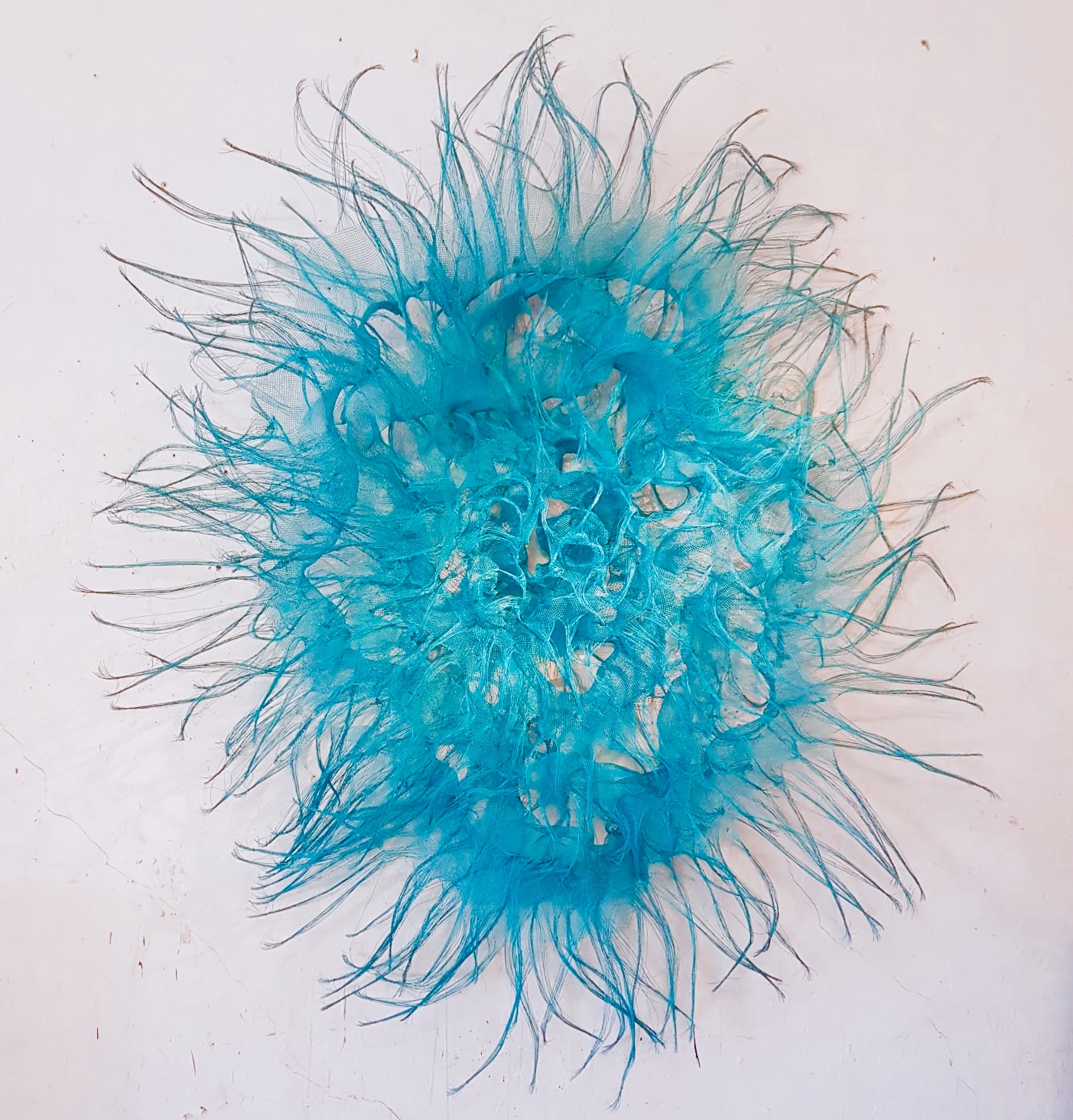 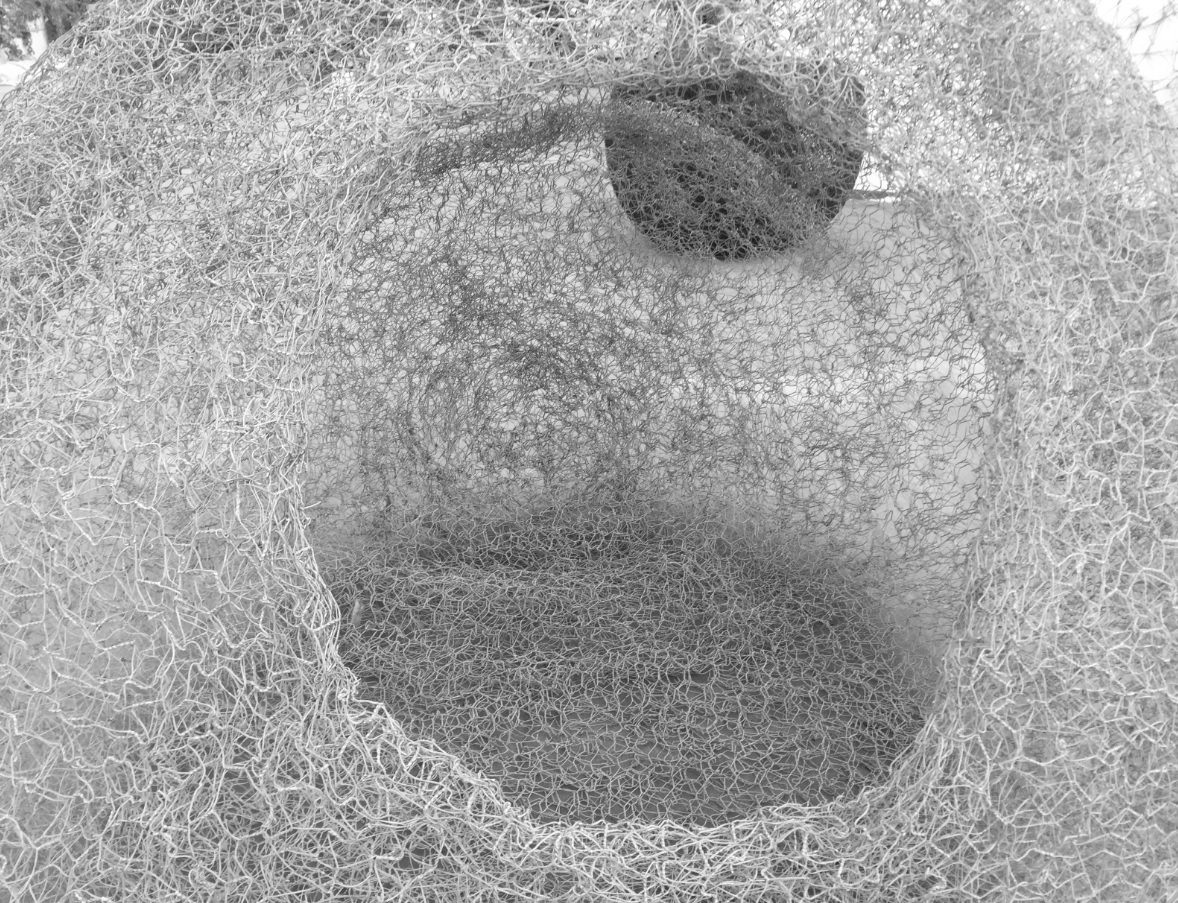 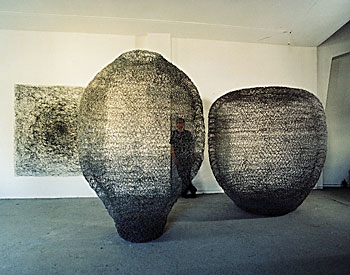